Trading and Settlement in Digital Securities

For the first time, key players in the Swiss financial industry successfully developed and tested a novel settlement mechanism for tokenized investment products on a public blockchain testnet infrastructure. A smart contract, developed by the Capital Markets and Technology Association (the CMTA), allows for streamlined processes, reduces complexity, raises security, and eliminates counterparty risks from trades. The CMTA's proof of concept marks a milestone for the Swiss financial industry.

The proof of concept involves:

These three distinct operations - issuance, trading and settlement - all happened within hours, when they take days to unfold in a traditional financial environment.

"We are very proud to have developed this groundbreaking mechanism with numerous partners from the financial and technology industries," says Jacques Iffland, Chairman of the CMTA. "It will enable the industry to increase efficiency, simplify cross-border settlement and improve the quality of service. And customers will benefit from the efficiency gains."

Vontobel and Pictet each issued an actively managed equity certificate representing a basket of equities, while Credit Suisse issued a structured note, which were associated with digital tokens recorded on an Ethereum test blockchain, a process commonly referred to as "tokenization". These securities were then traded on the platform of BX Swiss, a FINMA regulated Swiss securities exchange. The trades were settled bilaterally on the blockchain. To do so, the participants used an on-chain mechanism that secures the parties' obligations. The settlement in fiat currency (Swiss franc) was made possible by an application called DLT2Pay, a product of targens, that connects the blockchain with the Swiss Interbank Clearing (SIC), the real-time gross settlement (RTGS) payment system of the Swiss National Bank. The proof of concept leveraged the CMTA's standard token format and smart contract (CMTAT), and another smart contract that replicates the delivery-vs-payment functionality of traditional settlement systems. The creation, security aspects and technical operation of the smart contracts, were carried out under the leadership of Taurus, whose technology was used to issue and manage the structured products across their full lifecycle.

The proof of concept was developed and carried out under the aegis of the CMTA, with the support of representatives of BX Swiss, Credit Suisse, Homburger, Lenz & Staehelin, METACO, Pictet, targens, Taurus, UBS and Vontobel.

The proof of concept lays the foundation for an alternative Swiss post-trade infrastructure that functions without central parties (central counterparty and central securities depositary) and enables participating banks to benefit from cost advantages along the entire value chain of securities transactions (issuance, settlement and custody).

Download the full press release and concept paper below.

Watch the full explainer video to hear from those involved in the project: 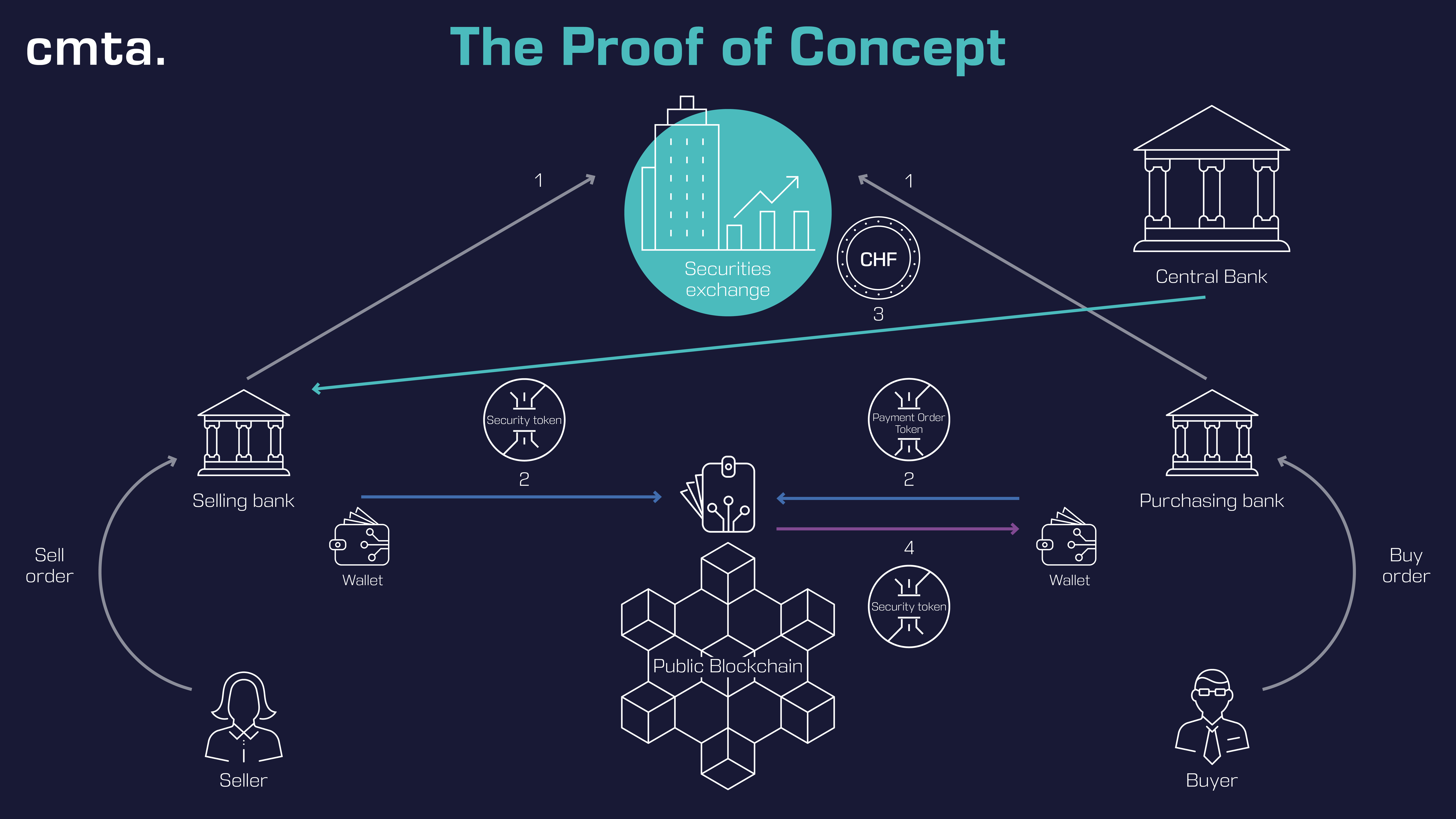